Showing support beam not supporting the rest of the house, notice 2×4’s just hanging out? Showing correct support beam and post the inspector insisted on. Thank God. We argued with Curtis Winstead of Done Right Contracting LLC for 3 weeks before I told him I was calling a building inspector who asked for my permit number. When I told him Curtis said we didn’t need one he wanted to talk to him. After that Curtis kept bringing up that it was taking longer because I had to have a permit!! We had already pushed him to raise the roof he put on from almost flat to nearly a 4 inch drop in 12 inches. The least amount of drop recommended by shingle manufacturers. 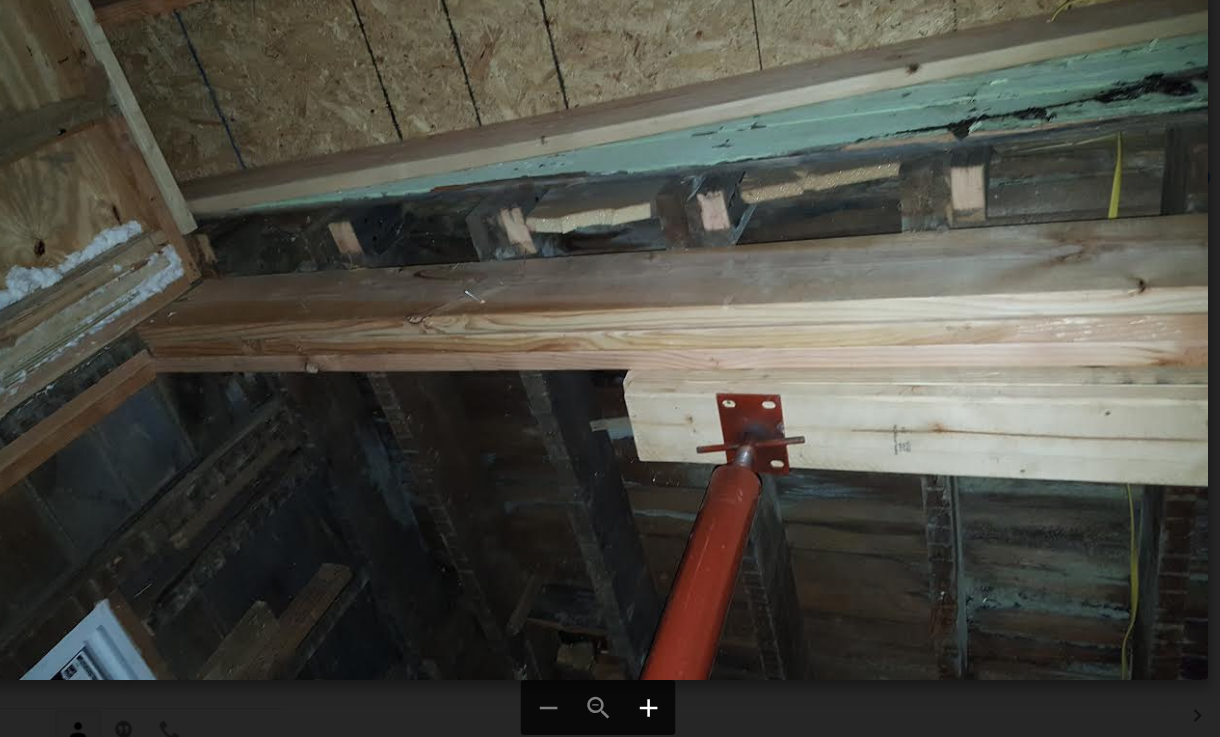 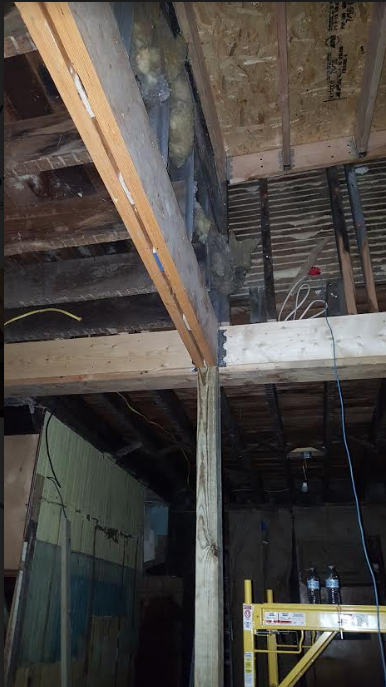